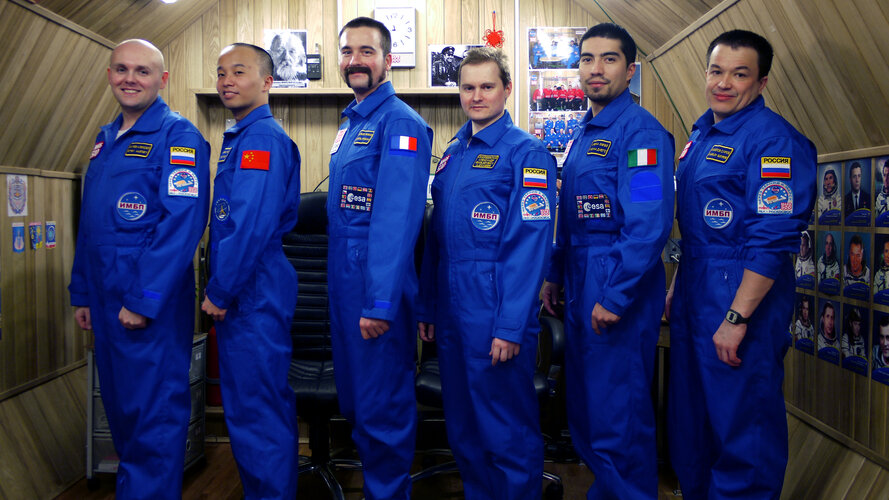 In these times of confinement, ESA astronaut support engineer Romain Charles shares nine tips on how to live in isolation – he spent 520 days locked in a mockup spacecraft and is a true expert on the subject.

Mars500 locked six ‘marsonauts’ in a simulated spaceship near Moscow, Russia for 520 days, the time it would take to fly to Mars and back plus 30 days spent exploring its surface. It was the first full-length, high-fidelity simulation of a human mission to our neighbouring planet. The crew went into lockdown on 3 June 2010, and they did not open the hatch until 17 months later on 4 November 2011.

Mars 500 was a success in that it proved that humans can survive the inevitable isolation that is needed for a mission to Mars and back. Psychologically, we can do it!

The crew had their ups and downs, but these were to be expected. In fact, scientists anticipated many more problems, but the crew did very well coping with the monotonous mission, with little variation in food and even a communication delay over 12 minutes one-way.

During their simulated mission, the crew lived in isolation without fresh food, sunlight or fresh air. The participants from Italy, Russia, China and France had no external cues such as the Sun going down at night to remind them when to sleep.

Their bodies are among the most researched in the world. Years of constant monitoring, prodding and taking blood allowed scientists examined how they reacted to the time in confinement with experiments focussing on their bodies, mental states and performance.